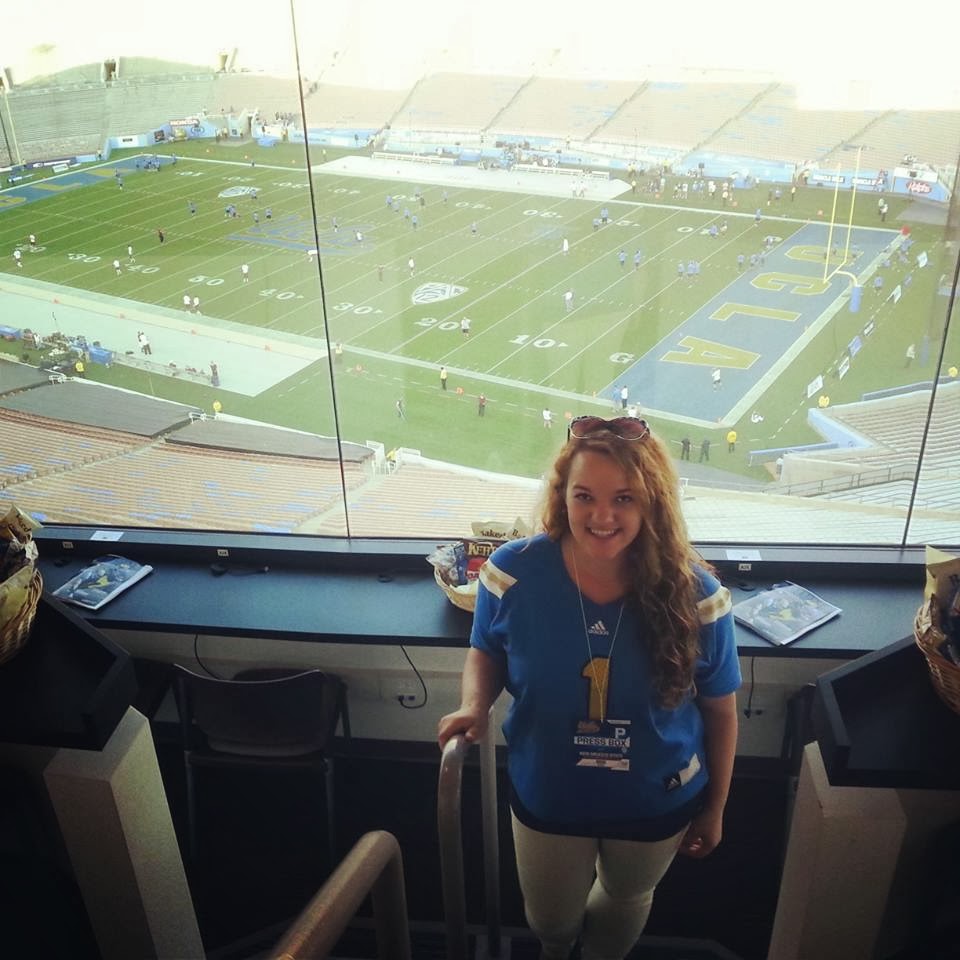 Now that winter quarter is in full swing and UCLA’s football season is officially over, I’m finding that something is missing in my life for two reasons:
1) no football and 2) no Press Box.

Press Box is one of my most favorite events of fall quarter because it combines two of my most favorite things: Belles and football. When Belles volunteer with Press Box, our responsibilities include obtaining, copying, and distributing game statistics to the coaches, Rose Bowl officials, and media (which includes newspapers, like the Daily Bruin and LA Times, but also HUGE networks like Fox and ESPN). We’re up in the media room, statistics box, and audio-visual tech rooms, seeing everything firsthand and behind the scenes. Once, we even got to stand at the 30-yard line and watch the end of the game right from the field!

It’s a really, really fun and unique experience that I’m glad our Campus Culture office offers year after year. I didn’t really realize how important it was that we were there to help out in the Press Box, however, until I actually went and experienced it for myself. It was the first game of the season, and we were super, super excited for our Bruins to start their winning streak. As the game progressed, we ran back and forth between the stats room and the press box, I realized that the amount of papers flying back and forth while we volunteer is astronomical. I could hardly wrap my head around how many different statistic sheets were being delivered after any given quarter—these are things you don’t think about when you’re watching a sporting event on TV or even when you’re in the stands. It’s definitely a team effort!

In the fourth quarter of the game, just before the final score sheets were compiled, chaos ensued. The press box was evacuated, and we were ushered out of the building with the other patrons and members of the media. We gathered up all the papers we had printed and followed evacuation protocol, but it was pretty nerve-wracking— we had stacks of play-by-plays, individual statistics, drive charts and scoring reports with us instead of with the journalists and athletics officials they should have been with by now.

In the end, we were able to get the stats books out relatively quickly because we set up shop in the parking lot of the Rose Bowl, compiling stats books while we waited for the building to be cleared. It sounds like a crazy experience, and it was! To me, though, this kind of thing is what Belles is all about—teamwork and passion. We faced what could have been a huge, chaotic mess, affecting so many more people than just us, but we adapted quickly and did our best. And in the end, it worked out well for everyone.

So, so much Belle love and Bruin pride,
Ashley Jakubczyk
Second year Belle